Glenn Daehn, one of the most influential professors in smart manufacturing 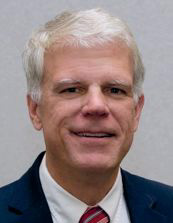 SME Media recently published an article listing the 20 most influential professors in smart manufacturing, and one of the names on the list is Glenn Daehn, Fontana Professor of Metallurgical Engineering. In the 33 years that Dr. Daehn has been a professor at The Ohio State University, he has always been considered one of the leading experts in mechanical behavior and processing of structural materials. In addition, Daehn has been a fervent proponent of U.S. manufacturing as it relates to training skilled workers, securing our economy and advancing processes.

The following is an excerpt from the article written by Ilene Wolff of SME Media.

"Daehn said he’s been able to work with some really smart people to develop two visions: one is impulse manufacturing, using explosive-like force in factory or lab environments. The other is in metamorphic manufacturing, aka robotic blacksmithing, or using numerically controlled deformation to make parts. 'We are hoping to see impulse and metamorphic manufacturing developed as well-used commercial processes,' he said. 'Both hold great promise for solving real problems in forming and joining advanced materials and structures.' Daehn thinks advanced control and artificial intelligence hold great promise for making many niche manufacturing technologies mainstream, reproducible and agile. 'Imagine a robot system that can do what a skilled craftsman can do, but more reproducibly and with the steps clearly recorded,' he mused. In terms of academia working with industry, he said there is too much divergence between the two sectors. 'We in academia have to focus more on integration, engineering and real problem solving and developing talent who have more of a bias for doing, rather than analysis,' he said. 'This may lead to more labs that are shared between industry and academics.'"

Value of silver lining is priceless to Simin Zhang

Dr. Perena Gouma's breathalyzer technology getting a lot of attention during COVID-19