Adam Braff and Canyon Underhill are at the summit of their undergraduate studies in the welding engineering program at Ohio State. Autumn semester begins for this duo a half a world away in a 1,014-year-old city that few of us can find on a map - Kazan. Kazan is the capital of the Republic of Tartastan, Russia. Its 1.2 million residents represent more than a hundred nationalities in a region whose cultural diversity transcends that of most European countries. This vibrant city situated 500 miles east of Moscow on the Volga River welcomes the brightest, most ambitious and proudly competitive Centennials from across the world. 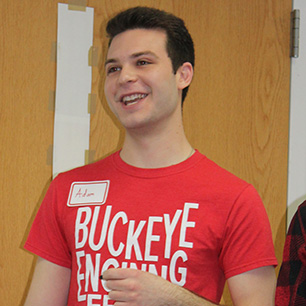 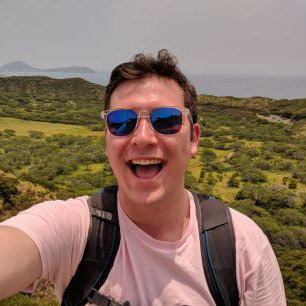 Mr. Braff and Mr. Underhill will be competiting in a division of WorldSkills 2019 called Future Skills. Future Skills provides a platform to "showcase professional skills and work functions of the future."¹ Future Skills hosts 25 skill categories and 150 invited participants from select countries. Its parent event, WorldSkills, is a bi-annual event that showcases the skills of more than 1,600 young competitors from around the world. Participants compete in one of 56 skill categories spanning a myriad of industries and promoting largely underrepresented trades. The severe skilled workforce deficit in today's market yields sustaining promise for the participants in Worldskills, "The WorldSkills Competition's main legacy is promoting professional education as one of the main tools for social and economic development."²

It was Ohio State alumnus, Sean Moran, who vetted Braff and Underhill, deeming them strong candidates for the robotic welding competition in Future Skills. Mr. Moran graduated from Ohio State in 1999 with a BS in welding engineering and is the WorldSkills U.S. lead for recruiting a robotics welding team. In its inaugural year, the robotic welding competition boasts an invitation-only roster, like other Future Skills categories, and is presented by Lincoln Electric, FANUC, and the American Welding Society. Entrants were not automatically accepted into the competition. Canyon and Adam submitted resumes and interviewed for spots on the team before being selected to represent the United States and The Ohio State University, who offers the country's only ABET-accredited undergraduate welding engineering program.

Qualifications for the robotic welding competition require knowledge of computer drawing, use of robotic off-line programming, experience with GMAW and PAC processes, and use of small fabrication techniques. The objective of the competition is to design and engineer a fabrication project by programming a robot with an off-line computer program using plasma cutting and GMA welding. A problem will be presented to each team, who will then manufacture a solution out of steel within four days. The robotic welding team from Ohio State will compete against teams from China and Russia, and the approach will follow a module formulation staged from design, replication and simulation, programming, assembly, welding, and detailing. Adam Braff attended a lecture on campus on the first day of classes before boarding a plane to Russia, "This is an incredible opportunity to test my capabilities as an engineer and we fully intend on bringing home the gold!"

Canyon Underhill shares that, "WorldSkills 2019 is a great opportunity to show off the knowledge I have gained at The Ohio State University. It also allows me to compare myself to others who I may be working alongside one day." Mr. Underhill credits the welding engineering program at Ohio State with preparing him for competion on a global platform;

"The Ohio State University has a terrific Welding Engineering program that combines analytical skills, problem solving and welding process knowledge. Many of my courses deal with the common and not-so-common problems that arise during welding and the subsequent corrective action. Courses focusing on CAD, welding design, and robotics also make me feel fully prepared for the WorldSkills 2019 competition."

Robotic welding is positioned to be an exhibition event at WorldSkills 2021, which will allow limited country entries. WorldSkills 2023 will have no limitations for countries sending robitic welding teams. Braff and Underhill will have graduated by the next WorldSkills competition, and different students will have the opportunity to apply and participate. Moran hopes to play an integral part in developing a robotic welding organization at Ohio State. "As a non-traditional student in the WE program, [I was] offered resources to expand and grow my career in the welding industry", explains Moran. A robotic welding student organization would provide another platform where students can strengthen their skill set and get exposure to advanced and alternative manufacturing. It is also an opportunity for alumni and industry to engage with the future skilled workforce. Moran believes that "OSU is the most advanced program for welding engineering and wants to promote involvement and opportunities with students and alumni."

The team of two departed for Kazan with their robotic welding mentor in tow on the first day of Autumn semester. While they may miss the first week of the semester in Columbus, they will gain an experience of a lifetime by showcasing their robotic welding engineering skills on a global platform among the world's most talented young women and men and a host of expert judges.

If you are interested in helping to establish a robotic welding organization at Ohio State, contact Sean Moran.

"20% of industrial robots are used for welding"

Dept. of Materials Science and Engineering

Welcome to the WE program!

Welcome to the MSE program!