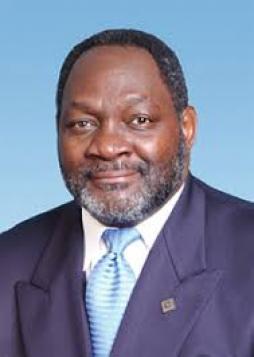 In 1986, Levert joined Lockheed Martin Missiles and Fire Control Division in Dallas, Texas where he worked on projects under NASA and the U.S. Department of Defense that included International Space Station and the Army Tactical Missile System. Levert’s division created and implemented photovoltaic radiators for the International Space Station’s crew areas and the removal of excess heat. He also developed a system of elbow tubing designed to carry coolant gases in radiators that are part of the Space Station. In 1996, Levert was appointed Senior Staff Manufacturing Engineer at Lockheed Martin; and, by 2000, Levert’s team had successfully welded 284 missiles. He also contributed a chapter to the book, Sparking the Future: National Center for Welding Education and Training, published by the Welding Education Center in 2009. Throughout his career, he has singularly written procedures and developed policies and processes that provide essential structural integrity and allow verifiable and secure access to foreign markets for many Lockheed Martin products. As a result of his innovative solutions, he has helped to put Lockheed Martin in the forefront of welding sciences.

A graduate of The Ohio State University Welding Engineering department, Mr. Levert was the first African-American to serve as President of the American Welding Society in 2002. As a student, he served as chairman of the American Welding Society's OSU student chapter. He was honored with the Outstanding Alumni Award from Ohio State University’s School of Engineering in 2004 and with the NOVA Award for Outstanding leadership from Lockheed Martin in 2006. Mr. Levert is an internationally recognized Welding Engineering Subject Matter Expert (SME) who specializes in Power Beam Technologies (Laser and Electron Beam Welding). His work focuses on applying his welding engineering expertise to solve technical challenges across the corporation, leading training for production operations and conducting research for new projects. Levert has traveled the globe sharing his expertise in laser and electron beam welding processes across Lockheed Martin and with colleagues around the world.

Levert also makes it a priority to help inspire the next generation of STEM professionals. Each year he participates in multiple STEM events, including BEYA career fair activities, career day events and Engineers’ Week events. He frequently attends the Ohio State Minority Engineering Program banquet, where he serves a role model to current students. He also shares advice and subject matter expertise with other professionals. He was instrumental in establishing the Boy Scouts of America Welding Merit Badge and today half of the Eagle Scouts in his troop are pursuing STEM/engineering careers.“If it can help one person, and that person helps another, then we can be successful in changing the world,” he said.

Engineer Ernest D. Levert grew up in Cleveland where he attended Max S. Hayes High School and interned with NASA at the John H. Glenn Research Center as a sophomore. He graduated from Max S. Hayes High School in 1972. Then, after working briefly as a tool and die welder at Club Products in Cleveland, Levert served a tour of duty in the U.S. Navy during the Vietnam War and attended the U.S. Navy’s C-1 Welding School. Levert went on to graduate from Ohio State University in 1982 with his B.S. degree in welding engineering, specializing in laser-beam and electron-beam welding.